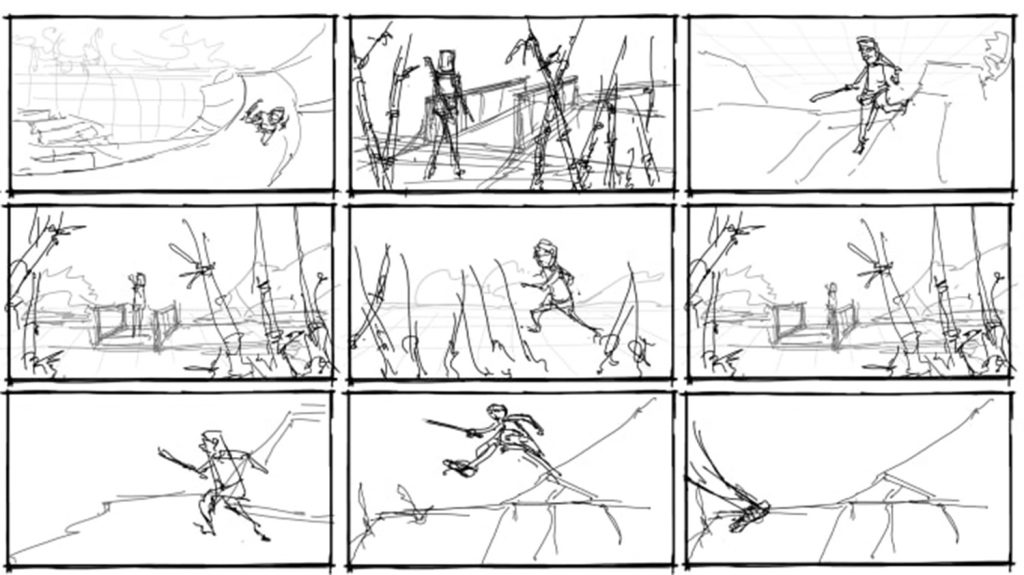 A new video can be a big investment and a long-term asset for your business, so it only makes sense that you understand what the final product will look like before production begins. However, when it comes to actually planning out the visuals, things can get… messy.

In our world, “storyboard” gets thrown around a lot, but the term often leads to confusion because a storyboard is just one type of tool to help you visualize your video. Sometimes a client will ask us for a storyboard, but what they’re really referring to is a scene board, a mood board or a style board.

So let’s break down your options in the simplest terms and see when you would use each:

Storyboard – A sequenced collection of  squares, depicting a shot by shot account of action and camera movement your video will use.

Story Arc – A text outline of the plot points and messaging.

Shot list – is a document that lists and describes the shots to be filmed during principal photography.

Styleboard – A sampling of a frame or two, usually for animated projects.

Sketchboard – A rough board of hand-drawn sketches for action in each shot. Often used for ideation.

Sceneboard – A refined version of a storyboard with a square for each scene.

Now let’s get into a little more detail: 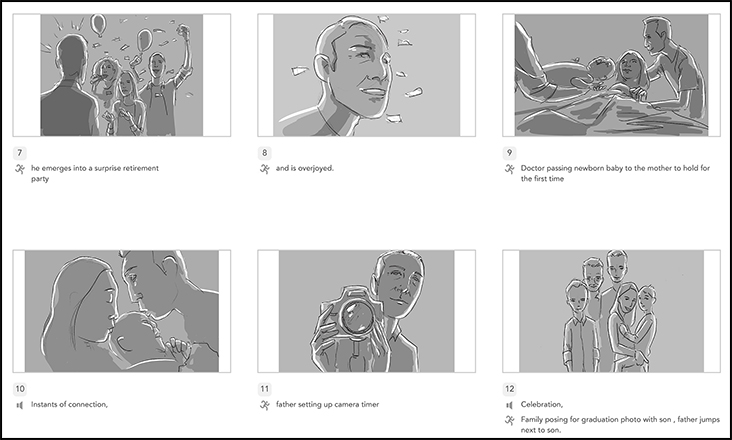 A storyboard is a very in-depth visual representation of the work you are about to film or animate.  It’s not only shot-by-shot, but usually involves camera movement and subject movement – sometimes one shot can be several frames. They are very well drawn (sometimes photoshopped), and shaded and coloured. Directors and DOPs then use this as the blueprint for their build.

So… cool, right? For sure. But do you need this for every project you do? A proper storyboard can start at costing thousands of dollars, and if you’re making a $10K instructional video or a mini-documentary, you probably can’t afford the cost (or time) to do this.

This can be very helpful to get all the players on the same page. This is where you define the overall plot points (or skeleton) of your video, so that everyone knows the direction and overall message of the video. This can save a ton of time, especially if you have decision-makers who come in late in the game and try to add things.

Once a script (for voiceover or performance) is approved, you probably need to know what is being shown – everything from actions, to locations, to actors, to graphics. This is great to get everyone understanding the visual content, before going into a time-involved proof, like a storyboard. It will also help to set your scope and allow the production team to get their budget solidified. This is one of the most important documents (along with the script) to have approved my all stakeholders, as changes later can be costly. 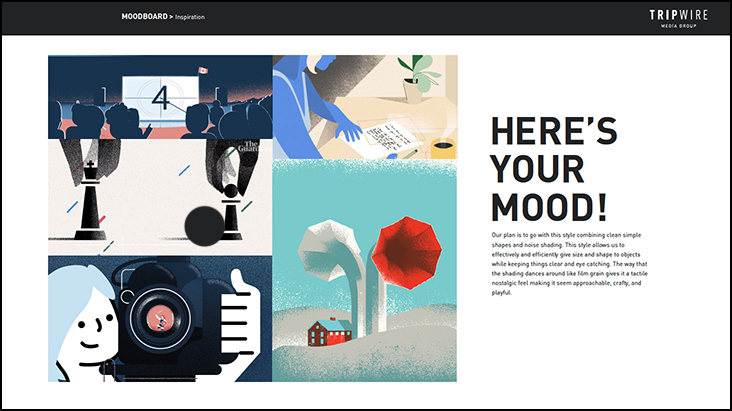 The creative team needs a launching point to help form their vision. That’s why – after reviewing your brand and understanding the project – they will start to find screen-grabs and inspirations from other work that’s out there, to help narrow down what style/look/feel the video can have. This can be anything from interview set-up styles, to animated looks, to movement choices. It’s a great way to find out quickly what you like and don’t like, as well as understand why the creative team may suggest a certain style, as there should always be justification behind a look that’s chosen.

Mostly used in animation and work that has graphic components, the designers will design a few frames, based on sections of the script, to show the unique design approach that they’re going for. Here is where you can really get an idea of what the video will look like. Another great place to be able to give feedback without costing a lot of time or money. 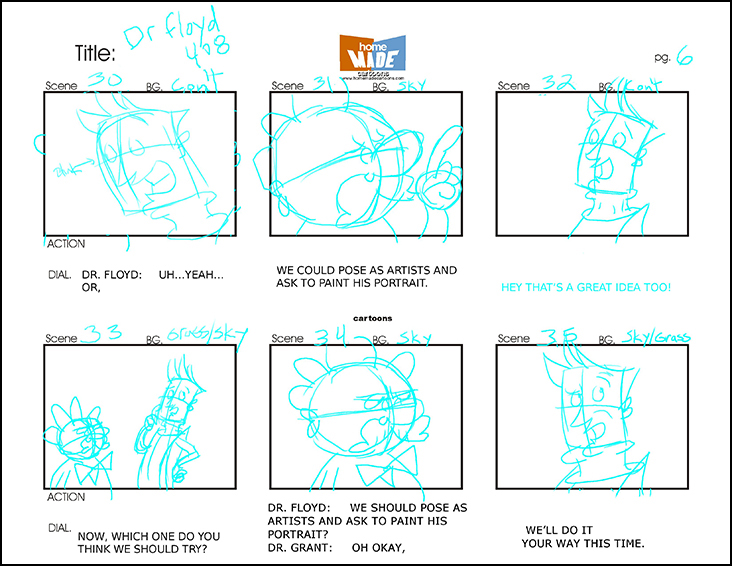 This for the most part can be used internally (probably don’t want the big boss to see it, unless they have a good imagination). Here you can start sketching the scenes and shots you’d like to see and getting them into a way that starts to bring the Shot List to life. And here’s the best part: you don’t have to be an artist to do it; in fact, it can be stick figures and loose shapes for all we care. If you need something better to have the powers that be approve, then you can get a storyboard artist – but this can often be all you need (especially when budget is a concern).

Tip: sketch everything out on post-it notes and when you have it in the order you like, take pictures of each and assemble it in a program, like www.boords.com

A refined Scene Board (often client facing), this is often what a lot of people mix up to be a Story Board! A Scene Board can look like a storyboard, as you probably have professional drawings now (or maybe stock photos). But you usually have one shot per scene – meaning there are a lot of shot sequences, framing and movements that aren’t accounted for. This is great for getting people to get a general idea of the scenes they’ll be making, but not every shot they’ll be getting. This describes what we’re looking at, not how we’re looking at it.

Depending on your project (and its scope), you may want to do just one of these items or all of them. That’s for you to decide. Good luck out there and go make something engaging!

Doug Darling is the CEO and President of Tripwire Media Group, a film and animation company that specializes in strategic and creative storytelling.