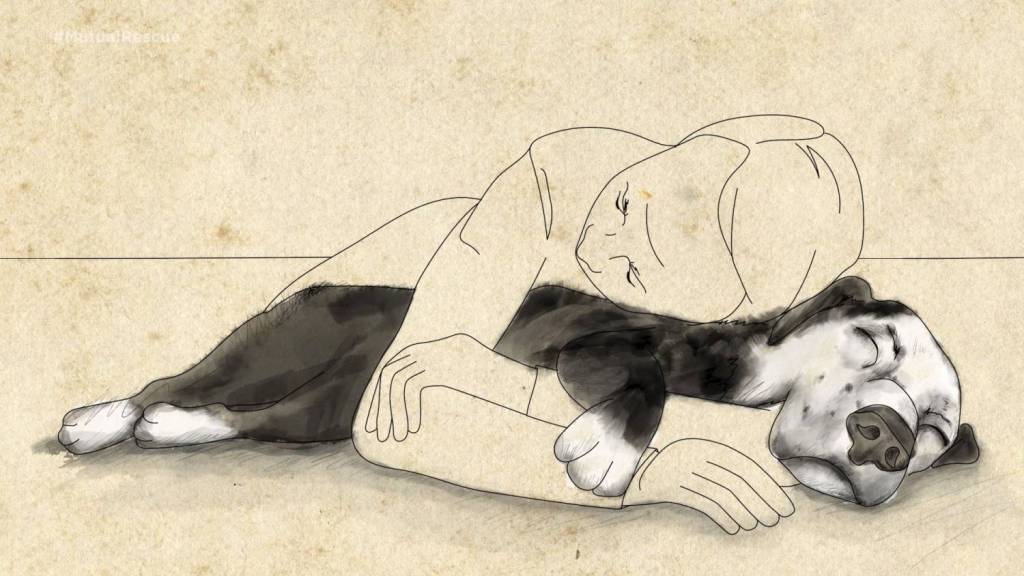 Want to see an effective video that really connects? I’ll show you one:

For the last couple of years, I’ve been developing our storytelling process at Tripwire. One video that has stuck with me, and I continue to use as an example of how to properly lead with story, is Eric and Peety – a beautiful piece done by the Silicon Humane Society to help increase adoption rates. If you haven’t seen it, watch it here (I won’t even summate it, so that you have to watch it! Mwa ha ha!).

Aside from how unbelievably touching this story is — which is enough to call this a great piece — here are some of the reasons I love this video:

STICKING TO THE STORY
This is my favorite part. This is a campaign (Mutual Rescue) put out by the Silicon Humane Society. Not once do you hear about the organization or their services. You definitely don’t hear about their locations, history or strategic plans. This is just a story about Eric and Peety. In fact, if there was anything about the organization, it would potentially cheapen the video and feel like a corporate video, and probably not have the success that it did.

I’m not saying you should never show or feature your business, but it helps to consider if you really need it to help the story.

WHO WAS MEANT TO SEE IT
I think it’s safe to assume that the goal of the video is to get an increase of more adoptions (or at least to get people to start considering it). I don’t know if this was fully intended at the beginning, but I think one of the reasons they led with this video in the series of four, is that it was geared to non-pet owners.

The easy default when starting to make a video campaign like this is to think that you might want to cater to animal lovers. But they’re the already-converted, and they probably won’t be doing a lot of adopting, as they most likely already have a pet of their own. This is meant to resonate with non-pet-owners, who may be middle-aged

THE HOOK
Our job as visual storytellers is to give you a reason to keep watching, right away, otherwise known as the hook. And what a hook this is. Eric’s need to change is obvious, and immediately, you want to find out what happens.

THE LENGTH
In a world where we’re trying to shorten our content to snackable amounts, and get our messaging through as quickly as possible, this video is over 6 minutes long, and is still a viral success (100+ million collective views). It just goes to show that a powerful story will still engage us, if the character is strong and the narrative is laid out effectively. (note: this doesn’t mean we should be making longer videos, I just mean it’s dictated by the content, which is why determining the length of a video, before knowing the content is a little arbitrary)

IT’S NOT VIRAL, IT’S INTENTIONAL
Gone are the days where you can throw something up on YouTube and hope for the best. There was a full PR and digital marketing campaign that happened. They had social strategy, media strategy, and they measured the metrics (I’ve seen the EPK). In fact, the video on their own youtube channel has just cracked the 1 million mark, which is a small percentage of the total viewership. It’s other organizations that have shared the video that have given them their much deserved reach (SF Gate on facebook alone has received over 35M views when they posted it).

Again, I’ll point out, if this video had added any parts about Humane Society, I don’t think this video would have been shared and written about as much. It stays as a raw story with no hard call to action on it (there’s still a CTA, but not pitchy).

When you stick to the story, it allows for the truest connection to your audience. Did it increase pet adoption rates? I know it did. In fact, I’m sure it transcended the USA and helped the cause around the world, leading to thousands of adoptions.

That’s the power of story.

Doug Darling is the Owner and Founder of Tripwire Media Group, a video production group that specializes in corporate video and visual storytelling.